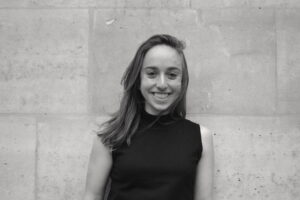 The Mediterranean region has always been a place of movement – of goods, people, ideas, cultures. It is a basin rich in diversity and potential, and remains a central crossroad between Europe, Africa, and Asia. The city of Marseille, known as Massalia to the ancient Greeks that founded it in 600 BC, and a historically significant port and point of entry in Europe, was a fitting place to host the Forum of the Mediterranean. Organized under the initiative of French President Emmanuel Macron, the two-day conference brought together over 150 youth from 20 countries.

Ecogenia was selected by the Institut Français de Grèce and the French Embassy of Greece to represent the country in the sustainable development working group, as well as be featured in the Village of Projects during the Forum.

For the four months prior to the Forum, we worked with colleagues from across the region to develop a white paper to achieve a “sustainable, prosperous, and integrated” Mediterranean basin by 2030. Our policy recommendations and priority actions were submitted to President Macron and his cabinet.

We were also one of the 90 projects that were selected to participate in the Village of Projects, an area where alongside a series of workshops and meetings, initiatives and organizations from the region were featured. This space was an engaging way to promote our ecotourism project in Dorida, and meet colleagues from around the region.

The two days were full of roundtables and workshops, where experts from across sectors discussed the Blue Economy, urban resilience, the role of youth in promoting ecotourism, and the opportunities for youth mobility in the region, to name a few. Our team left Marseille energized, inspired, and motivated. A perfect start to what this next month and this year brings.

In the context of the French Presidency of the Council of the European Union, President Macron has signaled that a priority of his is to develop a six-month European civic service program. What better momentum could there be to signal the value and potential of institutionalizing a national civic service program here in Greece? Also fitting is that this is the central theme of the event we are co-hosting on March 3rd under the auspices of the French Embassy in Greece. Together with our colleagues at Unis-Cité and the European Collective for Civic Service, we will  have a chance to engage with Greek youth and various other stakeholders.

We as Ecogenia are humbled that as we prepare to launch our first pilot project, we have been identified as a significant partner in important movements being promoted and pursued at the European level. Our hope is that as we continue to build our roots in Greece, we will bring this enthusiasm and dynamism to deliver on our commitment to our country’s youth.

Ecogenia is the first NGO in Greece that promotes sustainability through civic engagement, training and employment opportunities for young people. Through a service year model, Ecogenia connects Greek youth with organisations dedicated to creating sustainable solutions to environmental and societal challenges.

The Mountain Path to Ecotourism

This website uses cookies to improve your experience while you navigate through the website. Out of these, the cookies that are categorized as necessary are stored on your browser as they are essential for the working of basic functionalities of the website. We also use third-party cookies that help us analyze and understand how you use this website. These cookies will be stored in your browser only with your consent. You also have the option to opt-out of these cookies. But opting out of some of these cookies may affect your browsing experience.
Necessary Always Enabled
Necessary cookies are absolutely essential for the website to function properly. These cookies ensure basic functionalities and security features of the website, anonymously.
Functional
Functional cookies help to perform certain functionalities like sharing the content of the website on social media platforms, collect feedbacks, and other third-party features.
Performance
Performance cookies are used to understand and analyze the key performance indexes of the website which helps in delivering a better user experience for the visitors.
Analytics
Analytical cookies are used to understand how visitors interact with the website. These cookies help provide information on metrics the number of visitors, bounce rate, traffic source, etc.
Others
Other uncategorized cookies are those that are being analyzed and have not been classified into a category as yet.
SAVE & ACCEPT